The Pritzker Legal Research Center presents two exhibits each year, one in the fall and one in the spring. Occasionally, these exhibits are also made available online, and they are shared here.

We'll See Them Through 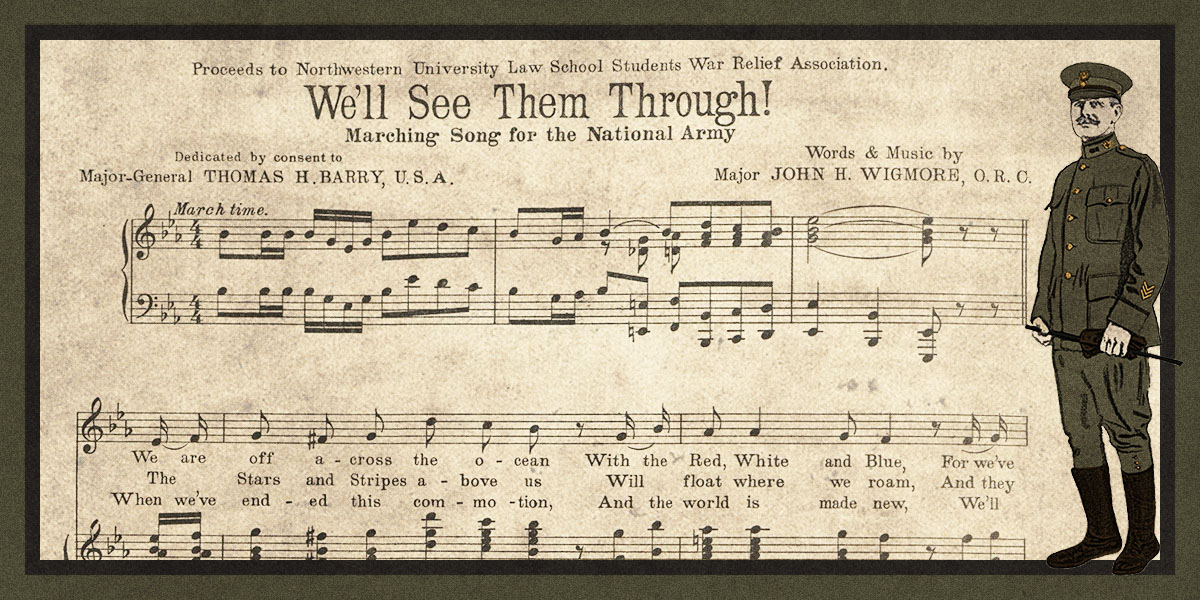 We'll See Them Through: Northwestern Pritzker School of Law in the World War I Era

On April 6, 1917, the United States of America officially entered into World War I, and Americans from coast to coast joined the troops abroad and the effort at home. Among these were the men and women of the Northwestern Pritzker School of Law. From Colonel John Henry Wigmore, who served in the Judge Advocate General's Corps, to the brothers of the Pi Epsilon Delta, who created and dispatched a wartime newsletter, this exhibit offers a glimpse into the impact of the War on the School of Law—and the impact its men and women had on their country.

In 1906, Northwestern Pritzker School of Law played its first faculty-student softball game. For many years, the game consisted of professors playing against the staff of the Law Review. As time went on, however, participating students included those taking the Communication and Legal Reasoning course and members of the 3L class. The professors mixed things up as well, occasionally recruiting retired professional baseball players to join their team as honorary faculty members. (Rumor has it, the professors usually won.) This exhibit features the many photographs of this annual tradition from the Pritzker Legal Research Center's archives.