An overview of international law and where to begin research

Checking the status of a treaty involves answering the following questions:

Upon conclusion of a treaty, the written instruments, reservations, and declarations are placed in the custody of a depositary. A depository for a multilateral treaty typically is the Secretary General of the United Nations or an international organization. A depositary for a bilateral treaty or a treaty with very few parties typically is the government of the state where the treaty was signed.

The website for the international organization or government of the state that is the designated depository for the treaty is generally the best place to look for status information. 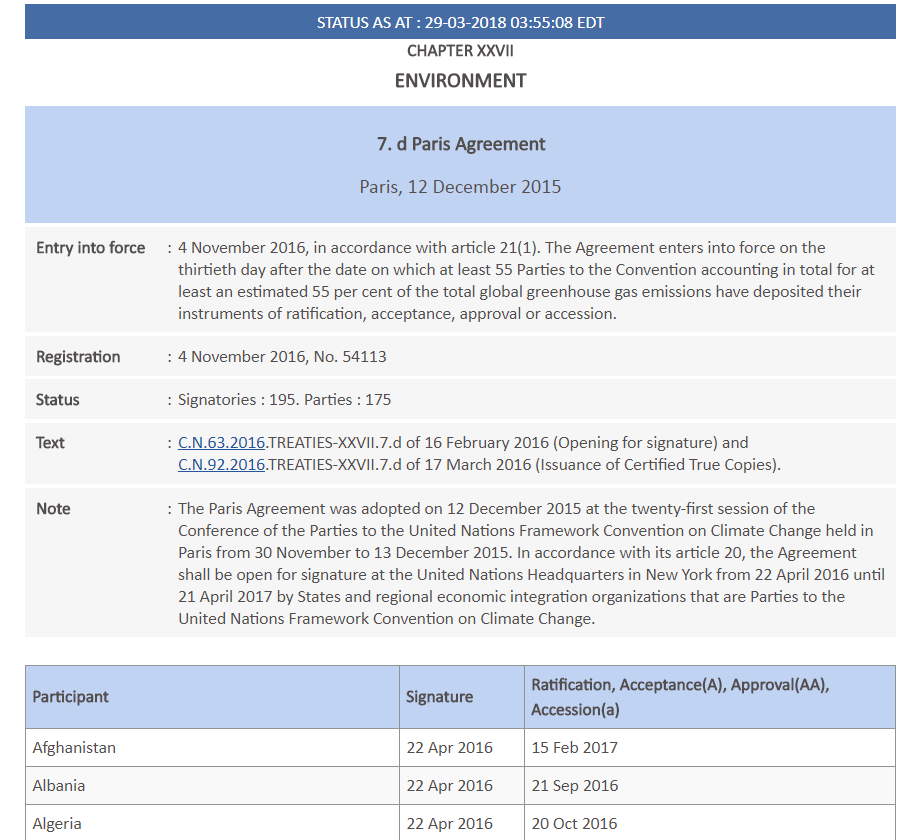 The following is a selective list of regional and international organizations that frequently serve as depositaries for treaties.